Today I started supplementing my birthday card supply. Lots of birthdays will be coming up in March as well as an anniversary. 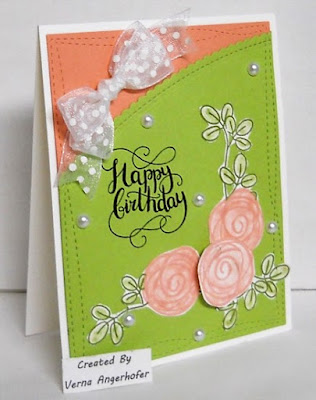 For inspiration I used the photo shown at the Double D's Challenge Blog as they are celebrating their first year anniversary during the month of January and are offering prizes too. I chose to use the colors of peach, green and white and did a rose flower design. 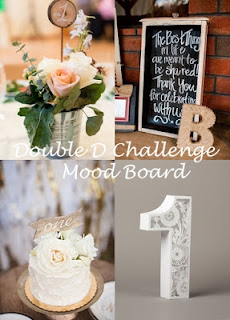 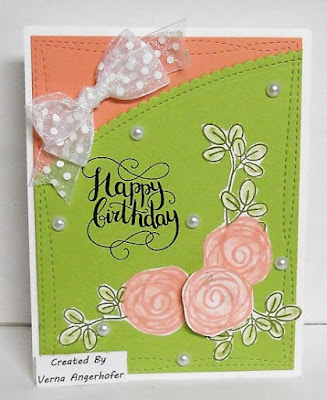 The flowers and leaves were done with a masking method. But as I wanted a more subtle color I took and swiped some of the ink of each color in the lid and with a blender pen picked up the color and got more of a water color look. I then fussy cut this design. And, in the center of the blooms I did one rose blossom separately and popped it up over the others.

I used Gina K. Designs Peach Bellini and Jelly Bean Green card stock for my card and die cut the peach panel for the bottom layer and then after the top layer of the same size was die cut I proceeded to take another die and cut a scalloped stitch edge. These were layered together and placed on the white card stock base. The roses were placed on this panel. After adding the sentiment I then finished the card with some white pearls and a double loop white organza polka dot ribbon bow which was made with my Craft-Dee BowZ bow maker..

Well, I had planned so much that I was going to accomplish today but alas, this is the only card I completed today. But it was fun. Yesterday I had to bake and do laundry so that was as creative as I got.

I hope your new year is off to a great start. I know mine is. I just found out that I won the entire release from Sparkle N Sprinkle for just leaving a comment. I am thrilled! I think I have lots to keep me busy for a long time to come now. And, the new release has so many wonderful stamp sets too. I know I am a happy camper at least.

Well, time to work on the evening meal. Thanks for dropping in and for all the wonderful comments. I read them all and love to hear from you.

Beautifully done, Verna. I love the angular look with the focal image (those gorgeous roses) in the opposite corner. Such lovely colors - thank you for explaining how you color/painted it!

This is such a cheery card! Love the water colored look you achieved on your flowers and leaves.

Stunning card, love the colors! Thank you for playing along with us in the DIES R US challenge!
Barbara
Dies R Us Challenge Blog DT
http://carterie-creative.blogspot.fr

So pretty, Verna. Loving your design and that two-tone front panel, clever! Your flowers are so fabulous and that ribbon and bow are so fresh and fun! Thanks so much for playing along with us at The Double D Challenge Blog, Donna, DT Member.

This is one stunning card, great colours used and design is all so beautiful. Thanks for entering our Double D anniversary celebration...Double D Challenges{DT aNNie}

Love your soft peach bellini roses and the design with the green apple. Time sure flies and hard to believe that they are celebrating their first year already. Congrats on your win, that sounds like a great start to your crafting year.

First of all congrats. on your win! 10 sets - you lucky lady! Your card is lovely - great colors together the peach and the green.

Such a sweet and beautiful card. First of all, I love your cheery colors, and those stitched die cuts are so pretty and perfect here. And congrats on your win over at Sparkle and Sprinkle!!! Winning the entire new release is such a wonderful thing!!!

Oh, and great take on the challenge, thanks so much for playing along with us this week over at the Mod Squad.

Beautiful creation Verna ... love your design! How awesome to begin your new year with a big win like that ... congrats! Thanks so much for joining in the fun at both the Double D Challenge and the Dies R Us challenge. Always love seeing your creations!

Wow! Congrats on your win! Your card today is so pretty. I love the roses and leaves and the font on the sentiment. Also, the curve and the wonky stitches are great in the design. Good start on those birthday cards. I'm trying to get ahead, too, but drat that laundry and housework. It's good to see you playing along with us in our anniversary celebration at Double D!

Verna, this is just gorgeous. I love the colors and design. Thanks for playing along in our anniversary challenge. Always love seeing your cards in the gallery.
Kathy DD DT.

Very pretty. Everything just meshed on it

I got a  new stamp set in the mail today and saw it had some coffee elements on it so of course I had to make a quick card design for the 20... 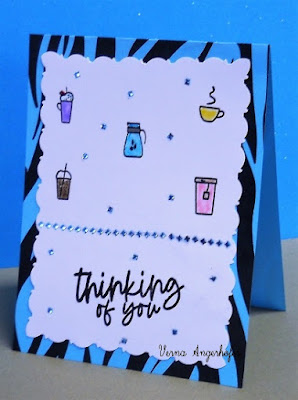 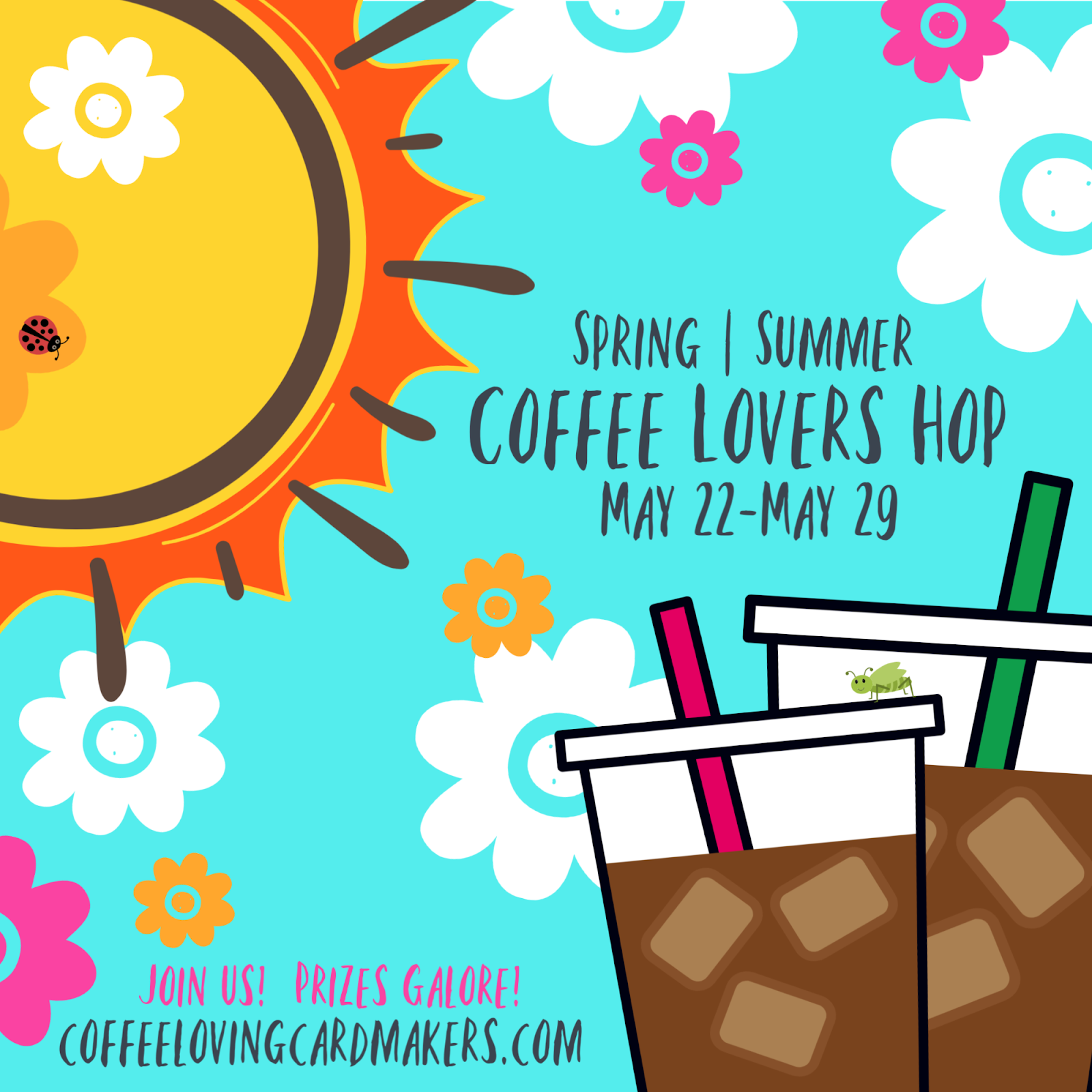